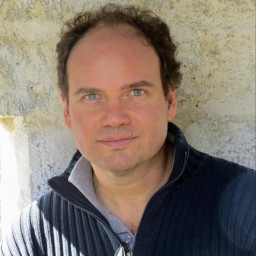 Control Structures are used to control the flow of a program. We are going to see programs that can iterate (loop) or make decisions (conditionals) based on the state of variables.

The simplest control structures are the if and unless statements. Its syntax basically follows the rule below:

Value obtained from “expression”, determines whether it will be considered as true or false. Table below helps you to identify the meaning of values based on how Perl interprets expressions.

Everything in Perl is true, except:

A very simple example of a real “if statement” would be:

Another example, to illustrate the syntax of the “if” statement:

Blocks of code in Perl are enclosed by curly braces {   }. They are always required inside a control structure (except for cases where we use idiomatic ifs – see more below).

1 – elsif spelling;
2 – both elsif and else statements are optional.

Another conditional statement we need to mention is the unless. Its meaning is the opposite of an if statement. It will only execute a block of code if expression is NOT true.

Let’s look at an example:

Action based on statement test

You can test a single statement and perform a pre-defined action in case it is true or another one if statement is false.

Like many other programming languages, Perl offers the ternary (aka trinary) operator “?:” which behaves just like if/elsif/else:

Initially we will introduce the testing operators. They rely on a test being considered as true or false. Following you can see a few examples:

Lets go through a few examples:

We have several statements to perform iterations using Perl. Perl supports: while, until, do ... while, for and foreach statements.

Performs the iteration while the given expression is true. Syntax:

It is the opposite of while. So take it as, in example:

Its functionality is almost the same as for the normal “while” statement, but with this kind of control structure you guarantee that the block of code will be executed at least once.

Another good example (not using a numeric expression):

It is another control structure that allows iteration, but here you can iterate over an array.

Following you can see a few examples of it:

The scalar variable is optional to the foreach statement. So you can bypass it by doing:

If you don’t specify a scalar variable to get each iteration, then the default scalar ($_) will be used. Note that for can also be used as a synonym to foreach – same exact functionality, but without the each portion of the word.

We have a few special commands to help us controlling the flow under a loop statement. Here we go.

It is similar to the “break” statement used on C programming language (as well as in several others). Tells Perl to skip the current loop statement, or even, to skip a labeled loop statement. Take a look at the example below:

The example above will just force the “foreach” statement to read next iteration once “smith” is the value read from the “names” array.

If you need to work on multiple levels of loops, you can tell next and last which named block to work on: